On March 22, 2021, one newborn New Sinister label from Belfast released the brand new work “Ecce Homo” EP by the French-wave act Projet Marina and it was all a glorious deal, let me explain; New Sinister records is the new child of Mary McIntyre’s who is the owner of also Tonn Recordings that we appreciate so much. Apart from her love for synthesizers, Mary unveiled another shade of her restless heart for music, and that was the opening of the new label that will be swinging along with the waves/ post-punk/new wave/ no wave, etc. Those of you who know the releases of Tonn clearly understand that this is another solid leap ahead by a merchant with unique taste and views on art generally. New Sinister will be of the same high quality as Tonn, because it simply cannot be otherwise.

We know the quality and the strangeness of Projet Marina from Nantes. We notably admired their previous records “Echos” (2018), and “Nuit” (2016) and here we are at the front of a very special and long-awaited release by this ultra extravagant act from France. I hope the cooperation between the two sides will prove fruitful and…impressive. The great importance of the “Ecce Homo” EP is that it is a special preview of the forthcoming Projet Marina album, ‘Loin des dons célestes’ which will be released on 12″ vinyl via New Sinister later on in 2021. Another greatly important thing is that the EP is probably the most imaginative waves-oriented record I’ve heard for a long time now.

This release includes 4 bizarre and lovable new songs that will satisfy the most demanding ears, either you disco or you kraut, post-punk, etc, you will absolutely find more than a few nice shocks in there. Also, you will find Xavier Thibaud of Subutex with his sax in the opening craze of “Ventre a Terre”, a song where ‘jamming’ goes on to some different paths of creation and actions together as the guest player will paint with jazzy and colorful ‘kandinskies’ over Willy Prim‘s and Lilian Tynévez’ no-wave explorations. And you will listen to another brilliant, freestyle collaboration with Blaine Reininger of Tuxedomoon on violins and vocals in “Totems” that is an adventurously engaging track by all means, and you can get another taste of the band’s quality and skills in the official video of “Ecce Homo”. Very beautiful song with a very beautiful video too!

Projet Marina plays French-wave of course, plays no-wave of course, plays post-punk music a bit twisted and nice, and they play it all with a great sense of freestyling, but what really intrigued me and amazed me is that their songs are all structured, yet arranged at will and I love that freedom in the music. Νo element lasts longer than it should and nothing is unnecessary in there, and even if it goes abstract, it follows a very specific and creative path along the way. “Noli me tangere” can solve more questions than those posed by Projet Marina like a missing good piece of their puzzle. This song is not in the new EP but we’ll probably see it in their new long play sometime in 2021.

The whole case with Projet Marina in New Sinister took my thoughts to the glade with this handful but worthy labels that publish records for a reason (like it or not) by bands and artists that are on the edge and at the front of modern music creation-all genres. This specific release has amazing artwork, has amazing music inside, and has all these things we imagine and miss in the current alternative music scene; that unique perspective with that one shameless gaze ahead. Until both sides come together again, here is this f-a-n-t-a-s-t-i-c little record!!!

Keep Up With Projet Marina: 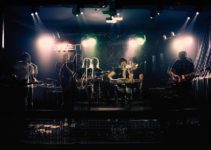 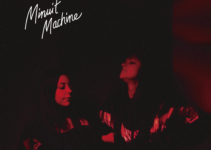 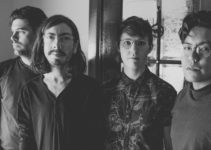 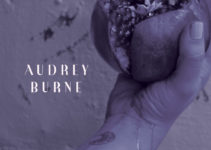 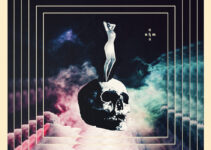