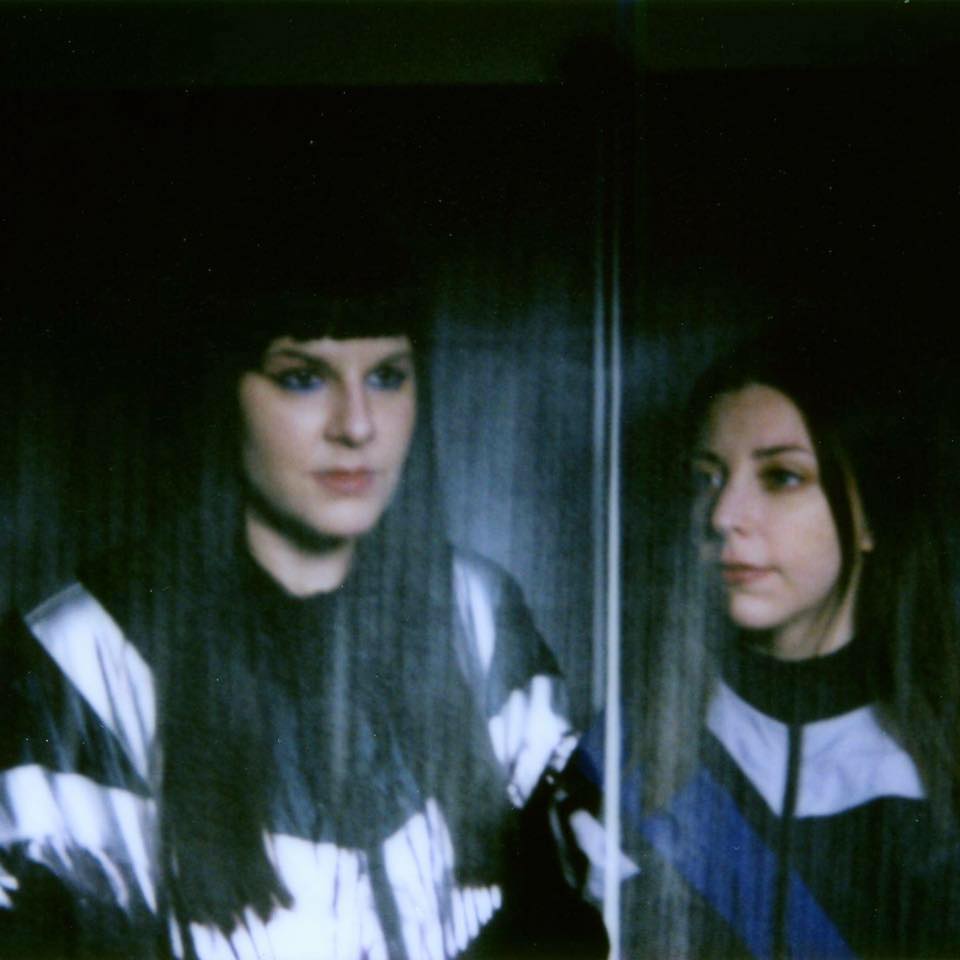 Earlier on May 13, the Parisienne independent record label Synth Religion published the brand new third studio album of synthwave duo Minuit Machine. It was only a few months ago when both the band and the label announced the release of the long-awaited album, the same time when Minuit Machine announced that were in the studio, and the same time when thousands of fans started sharing the news underlining their true love toward the band. How could it be different? Hélène de Thoury (Hante.) and Amandine Stioui are back on track again after a 3year hiatus when the band’s fame was flying high in the dedicated media and the clubs. But that “strange” story is over now and the two ladies from Paris present their brand new album ‘Infrarouge’, apparently their best work so far and a record which includes diamonds and storms.

It’s no secret that both ladies are talented, no secret also that Amandine‘s voice and lyrics are a benchmark to the genre, and Hélène‘s music a thunderous deposition in the wider synth wave music, either she signs her records as Hante. or Minuit Machine. When Fabrizio asked me “I believe it’s gonna be a really good record, Mike, but tell me is it that good as they say it is,” I only replied, “Man, you won’t believe its beauty and grandeur.” I am utterly amazed by ‘Infrarouge’, I am absolutely thrilled by the content, its substance, and the ladies’ performance. Here, Minuit Machine passionately reflects their own perspective, in their own unique artistic narrative, and it is like a flash from the most delicate darkwave resides. Thanks to Amandine‘s voice and lyrics the result of the whole record appears as an absolute bluster on modern society, habits, passions, craze, and furore. Thanks to Hélène‘s music and production, the arrangements and the great studio work we are familiar with by her, the sonic vision of Infrarouge is not only imposing, but it is also a grand masterpiece with stunning riffs and bridges and refrains. All “dusty” and polished these 10 tracks are enough for the listener to applaud one of the best releases in the year.

The leading track is ‘DRGS’, a real manifest by Amandine on the microphone, and Hante. on the composing-sadness. If we can’t fit in this world/ We are doomed to stay alone/ DRUGS/ So I need something to fill me up/ I need something to kill the rage/ DRUGS, the song is shouting…watch it!

Of course, that was only a sample from the album, I also recommend ‘Prey/ Hunter’, the punk track of ‘Infrarouge’ LP. Don’t get confused by its synthesized, solid wall of sound, listen to it carefully, catch the lyrics, and I’m pretty sure that you’ll feel its punk-oriented energy. Empty Shell and Ballet are approaching as shining darkwave/darkened flashes, bizarre tracks both, marvelous songs both. Let it roll to ’98’ and ‘Fear Of Missing Out’, let them drown you in their “empathy” and anger, and let Minuit Machine guide you in some of their musical alternatives too… ‘Sacrifice’ is placed as the heartfelt elegy of the album, and my truth is that it is a glorious track in all. I almost heard its original fitting on the piano…a very simple song, which was transformed in the hands of these two synthwave sorcerers into a very imposing song. ‘I Am a Boy’ is the most chaplain and private epic on the album. A very touching song with a striking poem by Amandine Stioui. Read or catch the words, please, as you listen to Hélène‘s musical “imagination” over the singer’s singing. ‘Forgive Me For My Sins’ closes the album like a storm, like a mid-tempo storm oriented in urban sounds with a well-hidden industrial mask. Usually, Hante. puts the last song (on her solo albums and with Minuit Machine too) as a sort of a “promise” for the next record…you understand me, right? Last, no I won’t forget to mention and praise the opener of Infrarouge LP, Chaos; Great albums always start with a great tune which gives the rostrum and the pace to the entire record, and this is the opener, like a hawk flying out from the dark, a really magnificent song…… ‘When I try to tell you things you cannot hear/  I disappear/ I disappear/ When I try to erase this part of me/ I disappear/ I disappear’.

Turn it all loud and welcome back Minuit Machine!!!

Keep Up With Minuit Machine: 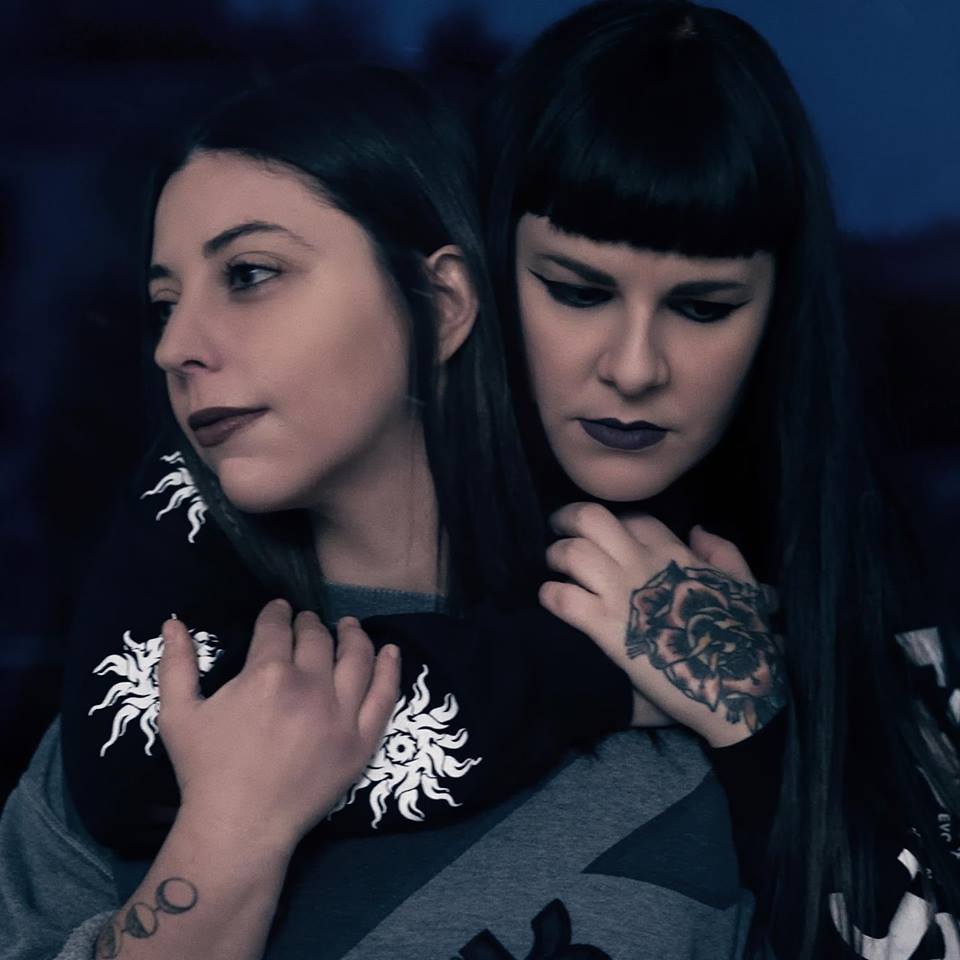 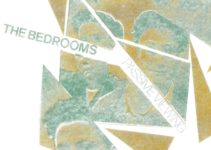 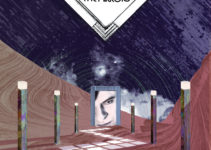 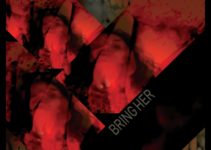 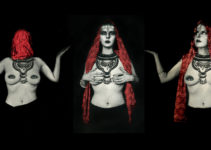 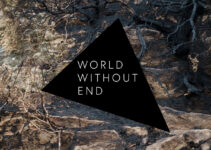