Home
New Music
Synth
WL//WH Video Premiere : TRUCK STOP ALIEN “Darkspace”
Tweet Pin It
Premiere   Truck Stop Alien
On road trip across the vastness of Australian Nullarbor Plain you’d be bound to see an alien in a Truck Stop there at 2am…here is Truck Stop Alien.
WL//WH is glad to premiere the video for the debut single “Darkspace” by Truck Stop Alien, the new moniker of Perth based and former DTHWBBA/WhiteFawn and recently UIU mastermind Greg Weir on Machines with his usual partner in crime Belinda Eldridge on Bass.
Truck Stop Alien project is all about atmosphere, sound and aesthetics, a dark, psych and spacey take on the 80’s inspired synth-heavy new wave, flavoured with sci-fi suggestions.
“Darkspace”, Greg explains, deals essentially with the negative filter that can cloud how you see life. When you put those glasses on everything and everyone is bad until they are removed” and continues “The song was recorded at home using a DX7s synthesizer and a bass guitar. The drum beats were programmed on an old app on my iPhone 4 used quite extensively with UIU too”
With minimal instrumentation, the duo create an immersive and claustrophobic alien-sounding, murky and melancholic soundscape. Dark, pleading and longing vocals enveloped by cold and wistful swells of synth and a pounding rhythm section build an atmosphere of despair, regret, and affection for what could have been.
The shot of the video, like their music, was a strictly DIY affair “Bel made the film clip here and the footage is essentially us playing where we recorded it and some random footage of us around our house. The imagery is always ambiguous and blurry, like many alleged alien footage films. The vastness of the Australian Nullabor Plain is where we draw inspiration…You’d be bound to see an alien in a Truck Stop there at 2 am…..probably us”.
Truck Stop Alien‘s debut double A-side digital single “Darkspace/Scissor Cutting Apathy” will be available in the next few hours on the band bandcamp.
Keep up with Truck Stop Alien : 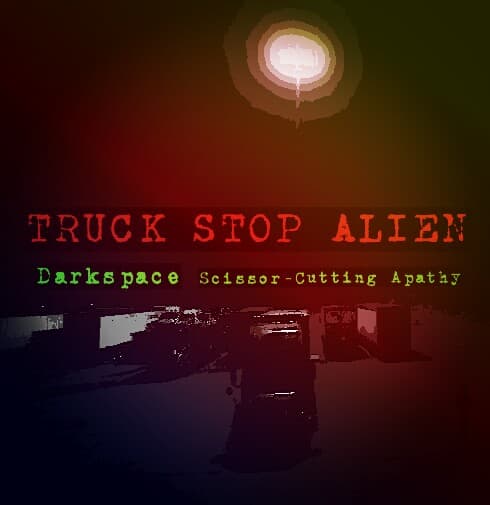 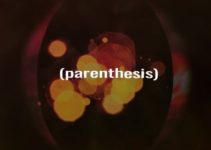 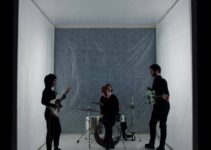 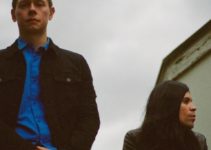 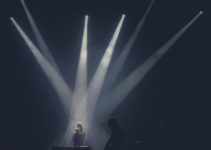