On December 7 the new official video for System Bi single by Black Needle Noise came out, featuring the lyrics and the voice of Fakeba. John Fryer once again surprises his fans with his ability and taste when it comes to work with a singer, and having worked as a producer with names like D.M., Cocteau Twins, Love and Rockets, NIN, Lush, HIM and many more apart from his own This Mortal Coil, we later saw him invite in the studio singers like Chrysta Bell, Sivert Hoyem, Ana Breton, Elena Fossi among others to sing their “blues” over his Black Needle Noise new moniker. Fakeba is a singer and electronic artist from Senegal based in Dakar and earlier this year she presented her debut album Made In Africa as an exclamation of freedom in form and sound, while imbuing a deeper spirit therein. In System Bi she sung in her native Wolif – the language of Senegal, Gambia and Mauritania and John Fryer said that “I was very interested in having Fakeba sing in Wolif and complement the full beauty of the vocals as possible. I don’t want to have any limitations with Black Needle Noise and am interested in working with more singers from around the world, singing in their own language.” The song is a striking industrial-african pop electronic tune and its upshot is simply adorable.

As for the video, it is a footage from Gina Czarnecki‘s Spintex film attempting to encapsulate the multiple, interconnected daily rhythms of physicality and mortality that resonate in the surrounding environment and the dance, based on a real-time transition from day to night. The specific footage was filmed at an open-air night club in the Ashanti region of Ghana, and the dance takes place in an old roofless shell by the beach.

“I watched the short film and thought it would compliment the song perfectly, so i edited the footage and Gina thought it was a really nice re-interpretation of her movie. I hope more people will become aware of her amazing work,” says John Fryer.

What a song! I could hardly imagine industrial electronics blended with Western African vocals and the result is simply astonishing! Fakeda‘s vocals are put in with great care to the song, and the song itself uplifts the vocals with an excellent arrangement. Like both musicians elevate together on the sonic capsule with astonishing dynamics! And OK, we are used in John Fryer‘s work on ethereal vocals and similar wanderings but it was all in different music styles than this. Now, the acknowledged producer goes a step ahead, and works with a singer who’s native voice sounds like a secret “gem” in his hands, and even though some people in the past put electronic elements in native African music and was all promoted as “ethnic” and as a trend they had to discover, they tried to make pop music for the masses rather than this single which is simply a very successful experiment. You see, none of the two where involved in to hit the charts, but emerging from their roots they offer an artistic dualism in equal terms. Here’s the song, where you may also get the lyrics too!

Keep Up With Black Needle Noise 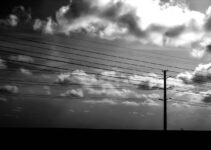 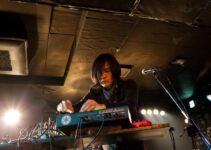 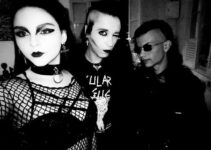 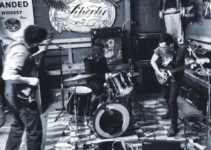 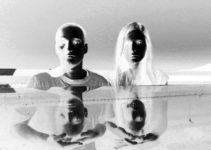