Born in 2011 out of Milan, Italy, 4-piece In Her Eye, comprised of Aldo Bernuzzi (Drums,) Giuseppe Galotti (Bass/Vox,) Raffaele Bocchetti and Stefano Schiavella, (Guitars) do not conform to any one genre. Alternative, dark wave, indie rock, post-punk, and shoegaze are only some of the categories they fit under. Their first EP “Anywhere Out Of World” is a kaleidoscope of suggestions and echoes from the 80’s New Wave.

Five years and seven releases later the core members of the band (Aldo Bernuzzi, Joseph Galotti and Stefano Schiavella) have gone through different “transformations”: relationships, birth, life philosophies. With the addiction of a new member, Raffaele Bocchetti (formerly of Stella Diana), the In Her Eye classic sound recreates and enrichs itself with new hues and shades. The new album aptly titled “Change” is the natural outcome of this period of growth and learning.

The new songs, which also involve Antonia Clare Ciancaglini (The Mystic Morning) on backing vocals, reflect this situation : their signature sound is still there, a powerful mixture of 80’s new wave, shoegaze and guitar-rock, but they’ve brought it to the next level. Sometimes it’s psychedelia, sometimes it’s pop. It’s all a game of change.

The title track “Change” is the focal point of the album. The real essence of life is constant change. The demarcation point is accepting and not becoming victim to transformation. Changing yourself constantly and adapting like water to the situations.

Sonically it blends both elements of blissed out shoegaze distortions and brooding and hypnotic post-punk atmospherics, making a rich and intriguing combination in a swaggering hazey dusky swirl of reverb noisey guitars together with Cure-like wistful melodic ambiance sweeping in with the guitar melodies draped around the pulsating bass and effective drums.

The Video consists of kaleidoscopic, lysergic, blurred imagery with neon lighting of the band playing their instruments as a “home movie” of a woman dancing and spinning happily in her front yard rolls in the back drop.

Keep up with In Her Eye : 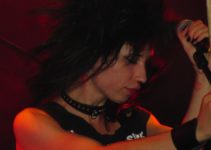 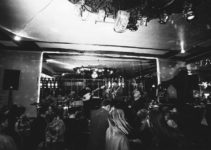 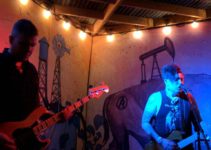 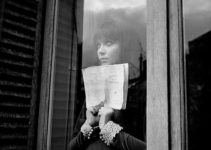