Home
New Music
Synth
A man, his synth and a beatbox – An interview with NEON LIES
Tweet Pin It 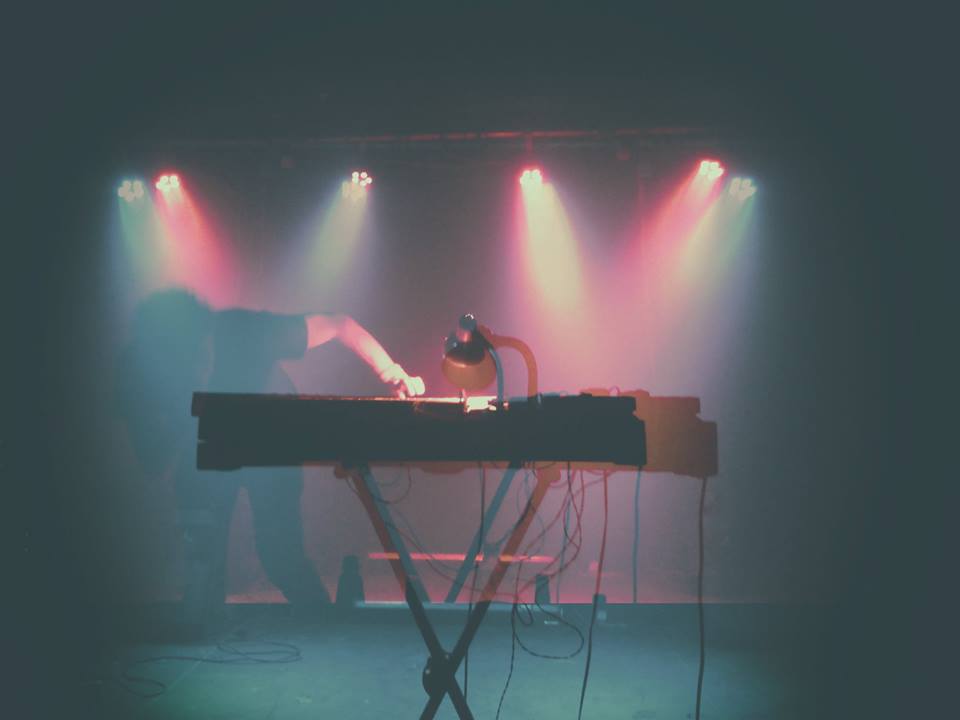 A man, his voice, vintage analogue synths and a beatbox, diy, gloomy raw minimal synth music, travels all around Europe, intense and devastating performance, new frienships and experiences, joy and pain…this and much more is Goran Lautar a.k.a. Neon Lies, he just released his second album, simply titled “II”, via the ever inspiring Berlin’s Black Verb Label, one of the most immersive and intriguing dark synth release so far. I had a nice chat with the man, check it out…

I’ve quiet been lucky that i had a little circle of friends from my neighborhood living in big concrete solitaires of Zagreb, end 80’s, and we discovered together in our early teenagehood outfits as Ramones, Clash, Sex Pistols and even started at 15 with first band with those friends, was called Vandali… Name pretty self explanatory 🙂 Later on, we all together were deep into bands like Joy Division, The Fall, even Sonic Youth… was the era of their LP ‘Sister’ who really opened my musical tastes. Also bands like D.A.F., Suicide and early Tuxedoomoon.

The Babies were my first more exposed band, but sort of hyped up answer, by Croatian journalists to so-called r’n’r revival in early 2000’s, meaning all doors were opened for us through one Croatian major label. Experience is mixed. Had lot of fun and great tours around region and Europe, but often involved in tensions with that major label and eventually, we were dropped out when we didn’t want to participate in some stupid scam with Croatian sort of Grammy, which we ignored. I learned never to deal with people who don’t appraise and understand your art, but just stick around you because of your sort of plain success.

Modern Delusion and some other bands before it, like Welcomin’ Committee In Flames and Dykemann Family were sort of natural transition for me. Specially Modern Delusion was some kind of return to more gloomy, synth oriented music that I grew up with. And also chance enter whole another social and musical circle around d.i.y. label Doomtown Records in Zagreb, and also to known d.i.y. club/community of Medika which is run by new generation, and i’m really privileged to be part of it in my ‘’gentle older years’’. It’s really important to be involved in local scene. Putting up shows for another bands, also helping new coming local bands through my project XXX Tape Sessions where I record them live on 4 – track tape Tascam in sort of Peel Session concept.

It was kind of a need for a new challenge. I never played keyboards before, and also playing guitar in ‘normal’ band was somehow too much repetitive experience. As I said, my passion for synth oriented music was from very early days, which I first tried to introduce in my band Modern Delusion. So this Neon Lies story start to develop three years ago, and real start in mid 2016. Also was big moment for me to do something very personal and plain opened, at least having feeling of doing that way. Challenge of being alone on stage and perform still wakes me shivers and excitement which I didn’t feel before in any band ever. Also, it’s fucking easier. To produce, to tour, to have some sort of plan where it leads. And it can lead in any kind of direction, because, not being in a band you’re free of context of genre and people’s expectations. Still I have a feeling I just started.

speaking of structure of making music, somehow I imagine it as building it as a brick structure to some point, and then let things to happen by it’s own will. Usually to let it collapse…

My technical knowledge of producing and making electronic music is very rudimentary up until this day. For instance, I never bothered to learn to use computers in that process. I still record live playing keyboards and record them directly on tape recorder Tascam, 4 or 8 channels, which I wide up in headroom with two extra channels recording PA system through 2 ambient mics on big old school 3 Inch magnetophone. That’s whole wisdom of it, to play it as possible organic, without much programming of sequencer or rhythm machines and to do it analogue up until end product. And speaking of structure of making music, somehow I imagine it as building it as a brick structure to some point, and then let things to happen by it’s own will. Usually to let it collapse 🙂 In most of the cases, I record first takes. So there are many non-planned things in final recording, I let song to happen by it’s own will at that point. Simillary, I do it in live concerts. Why to mime recording, because this revealed creative process in front of people is far more exciting for me, guess for audience too. In that sense, approach to recording of both albums was quiet similar, with main difference that I used more channels and more experimentation on album ‘’II’’.

First album was more into lyrical, story telling expression manner, many themes were sort of gathering and piling up in my mind through all those years. Very personal and very intimate. Second album is more about deconstructing those stories and leave much more space to listeners own imagination, but basic emotions remaining pretty same.

Not that directly, as I said I always was more into foreign bands, but it gave me some kind of confidence to be rooted in that great tradition, also was important in manner that local audience understood pretty much right away what I’m trying to do, meaning, people, at least from our circles in local scenes understand and have knowledge about that kind of much very much so.

I consider myself at first place rooted in a punk scene

Zagreb influences me as a place where I grew up, as a place I build up my life and relationships. So, definitely, it made a personal impact, which for shure can be translated into music. Recording LP ‘’Recreation’’ was great fun done in friendship atmosphere, I think Zarkoff is really doing great job connecting us all from electronic scene. And yes, we can really say Zagreb has a good scene in this moment, I would also add to that list a solo project of ManMachine and younger bands as No No Instigator, all synth oriented. And for me on top of that list for sure Popsimonova, whom I consider as great influence when I started Neon Lies. Zagreb also has vibrant new punk scene around the label Doomtown Records, to mention The Celetoids and Eke Buba with many more bands also coming all around. Not to forget, I consider myself at first place rooted in a punk scene.

We all have multiple personalities, ain’t? 🙂 I mean, no matter how my music can be claustrophobic or sinister sounding, I think, still, celebrates life, at least, warnings how life is precious and valuable and would be such a shame to fuck it up on basically pointless things. You don’t know true happinness without knowing about true misery, it’s an old but very true syntagma. Talking about process, I just let those songs and themes to get their shape by their own organic logic and will. 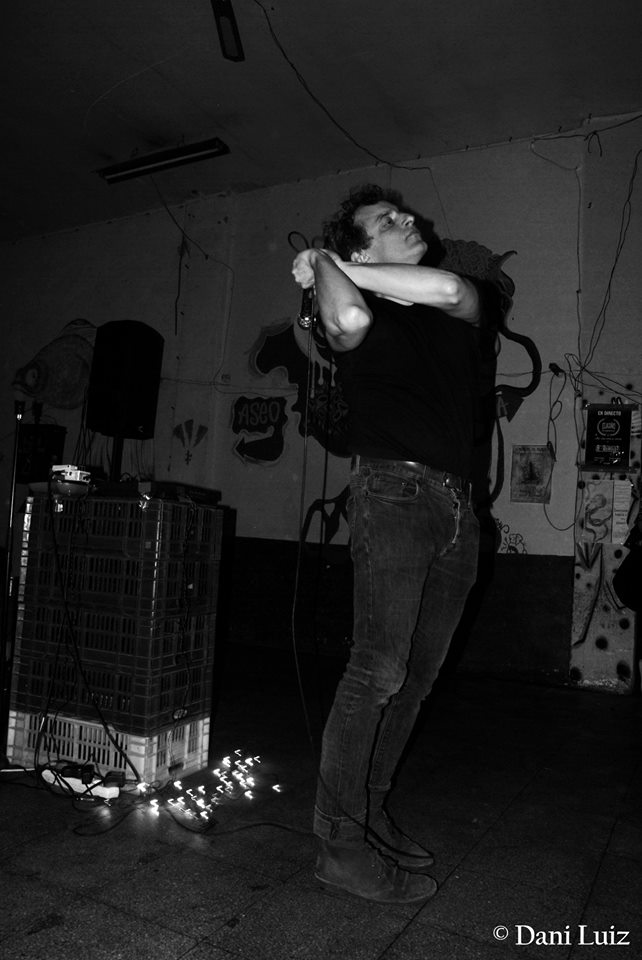 True. It’s very much of my personal d.i.y. psychotherapy, very important to manage sort of balance in my life. And it’s fun. Up until it’s fun, I’ll do it. It’s great to travel around knowing there are some people waiting for you to give them something precious of yours. And shows are like that because, on stage I never tried to be producer just pushing buttons, I’m a singer.

Sharing stage couple of times with Boy Harsher on December European tour was really special experience for me. We connected personally and musically

Sharing stage couple of times with Boy Harsher on December European tour was really special experience for me. We connected personally and musically. Much of new music I experience visiting different venues and events in Zagreb, all kinds of genres, and I do it at least two times a week, ‘cause been lucky that many interesting bands are passing through Zagreb.

Keep up with Neon Lines : 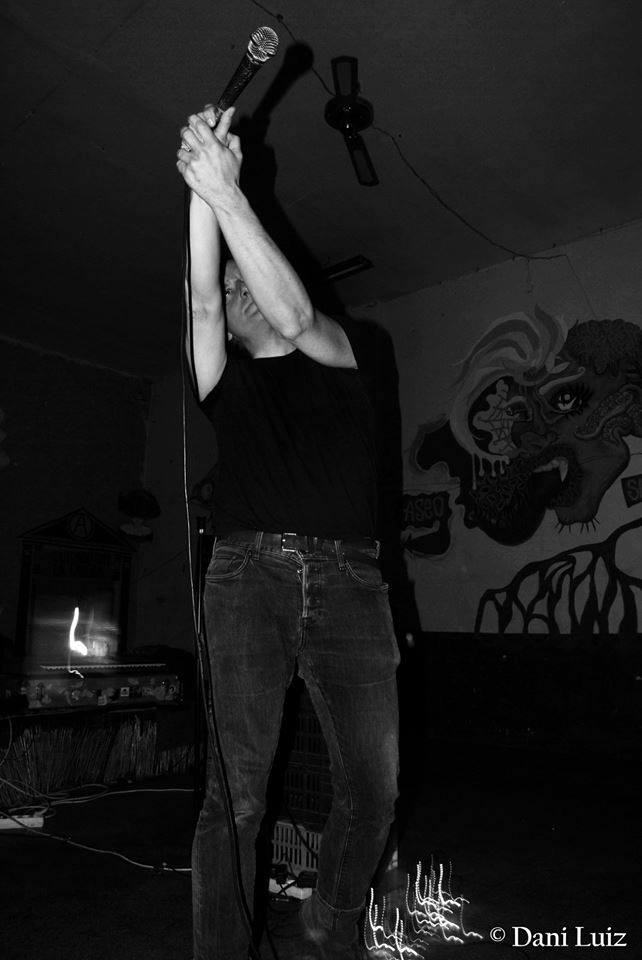 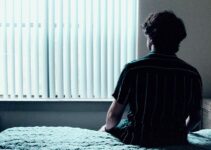 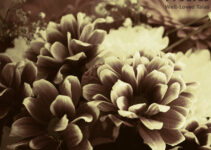 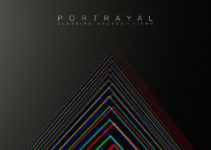 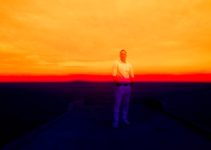 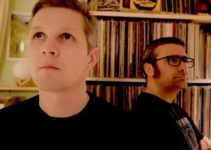