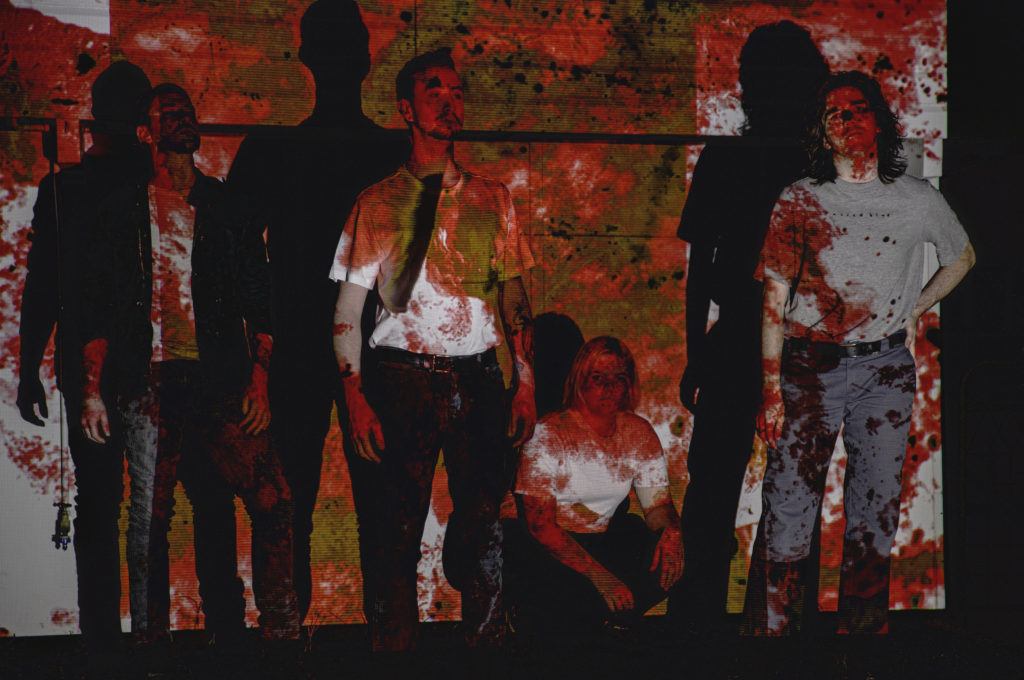 Hailing from Brisbane’s scorched underground, moody goth-gazers LOCAL AUTHORITY was originally the ambient-shoegaze brainchild of local artist Jacque McGill. With the desire to manifest and communicate the music into the physical world, friends and fellow members Rhos Pridham, Lachlan Andrews and, Erica Sunnex joined together to complete the group in 2018.

Within a short space of time, through the locally acclaimed self-released singles “No Joy” and “Oil Rigs”, the band have developed and refined a claustrophobic and immersive cold, atmospheric, dark guitar-driven sound infused with subtle melodic dream-pop sensibilities, and piercing reverb-charged guitar chords, combine to find admiration from both 80’s worshipping romantics and modern shoegaze fanatics alike, with nods to The Cure, late Michael Gira’s Swans, Ride, but also to Aussie darlings like the Church and The Triffids.

A bit of both really, originally I had this idea that I wanted to start a doom metal/shoegaze band, like a hybrid of My Bloody Valentine and Windhand. I think somewhere between the time of that original idea and before I went to record some of the songs, a bunch of friends and I were listening to a lot of old post-punk and darkwave bands, stuff like The Sound and Asylum Party, which I guess then shaped the songs I wrote into their completed form on the record.

Around the same time Rhos, Lachy and I all used to work together. We had been hanging out and jamming a bit, we were trying to start a new band as well. I got offered to play a show with the new songs I was working on for Local Authority, so I asked those guys if they were keen on bringing the project to life. Erica joined the band only recently, our album launch show in October will be the first time we’ve played the songs as this new entity, we are going to go deeper and darker.

Brisbane has been so important and influential on my growth as an artist, there are so many special communities /collectives /people all doing cool shit that I’ve had the pleasure to experience first hand.
When I first moved to Brisbane a huge influence was and still is this quirky record store/guitar shop called ‘Tym Guitars’, everyone there has been insanely helpful over the years from helping me build my own guitars to being a general hub to discover new music, they put on in stores, put records out on their own label and help spread the punk D.I.Y ethos as much as possible which is really cool. Another one would be ‘4zzz‘, which is an independent radio station here that has clued me onto so much of my favorite underground music, both Australian artists and international, that I feel like I owe them my soul.
A shortlist of my hot tips on Brisbane artists would be Deafcult, Pleasure Symbols, Relay Tapes, Ultra Material, Start Together, Big Dead, The Steady As She Goes, Lizzard Wizzard, Ascot Stabber, The Belladonnas.

I’m not so sure, I’ve visited some other major Australian cities but never lived in them and got the full experience. That statement may have been accurate before the internet was a big thing and it was harder to tap into scenes in other places, but I think if you look hard enough you can find amazing music through a variety of styles across the capital cities.
I will say however that Brisbane is stupidly hot most of the year, summer becomes more unbearable every year and makes it hard to do anything at all, everyone is hot and agitated a lot of the time, which is probably why there’s a lot of intensity in sound from a lot of Brisbane bands.

I kind of see songwriting and lyrics as just reinterpreting the world around you, trying to be open and honest. Reacting with things, feelings, drawing on experiences and moments. Almost like trying to soundtrack your own perception of life. With lyrics, I’m not much of a storyteller, so if I’m writing words they may as well come from somewhere real. Writing the songs on “Negative Space” like this was a huge cathartic process and really helped me grow as a person and understand myself.

‘Negative Space’ is a term used in artwork and design I believe. Which in painting, typically refers to the ambient area not occupied by the main subject. I forget what era it is, but there was a movement in painting (Impressionism n.d.r.) where artists began to focus their attention more towards the physical space that their subject would occupy, blurring the lines between environment and form, and kind of challenging the viewer as to how the true mood could be precepted. I think that is such a good example of how the album sounds. The focus from the start was to put emphasis on the space around the songs, to portray atmospheres and environments, capturing lots of tiny details to make one hypnotic picture. We recorded most of the instruments like that, mic-ing up lots of amplifiers and different points in the room to kind of capture the physical space that the sounds come into and then leave, in effect blurring the lines between what is present and what is past.
Also for me, I feel like the songs themselves aren’t exactly “happy” songs, so there is a bit of a double meaning within the title. 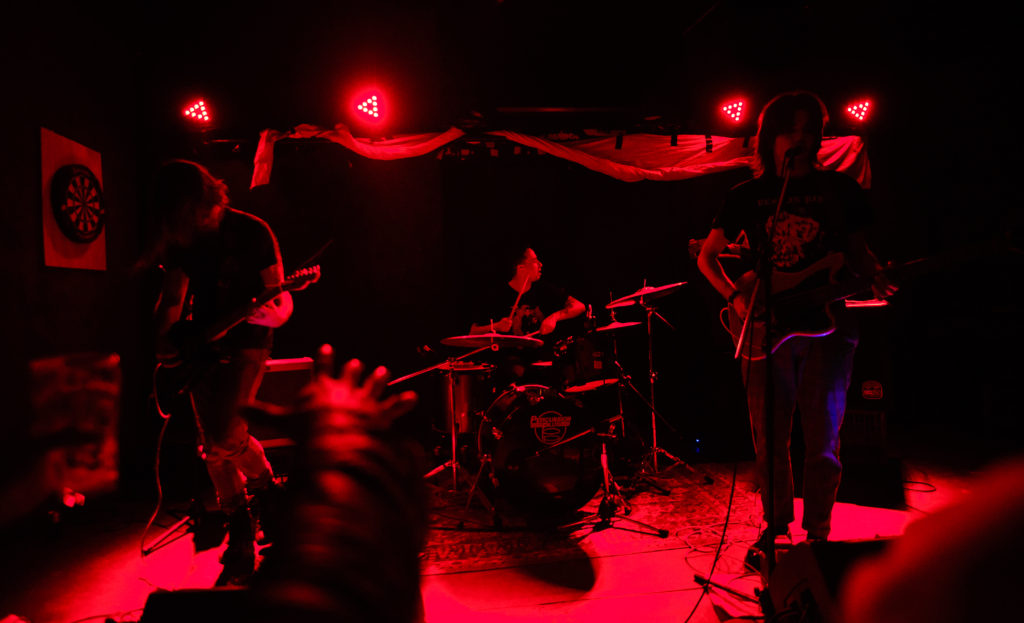 Yeah, I think you pretty much nailed it there haha, I’m glad it comes across that way. Yes, I think there is a light in there…somewhere. It would be a really boring record if there wasn’t, you need to have contrast. The heaviest music isn’t necessarily the loudest in my opinion.

Absolutely! A couple of friends got me into the author Kurt Vonnegut a few years ago, I love how the science-fiction themes cross over into eerie spirituality. Questioning concepts like god and death in interesting and humorous ways. There’s a paragraph on the first page of one book ‘The Sirens of Titan’ that I always remember, it’s something like “For hundreds of years mankind has looked to the stars for answers, built spaceships to explore further, always searching outward yet only found the same existence without end, only inwardness remained to be explored”. I always remember that, it’s worded so beautifully in the book.  I also love the paintings of Francis Bacon and the films of David Lynch. Similar but different, the way both those artists communicate pure terror and beauty in their respective mediums always amazes me.

Yes definitely, my parents owned a lot of records from around then that I remember hearing as a kid, a few of those mentioned as well as Matt Finish, Ed Kuepper, etc. My favorite record from that time that I listen to today is “Starfish” by The Church, such a classic. I’m pretty sure they’re still touring and releasing new stuff 30 years later too which is cool, so I guess they’re still keeping the dream alive? I’m of the persuasion though that some of the best “Rock” music in Australia is under our noses right now, bands like Mod Con and Hexdebt come to mind.

There used to be a Brisbane band called Danyl Jesu that I managed to catch a handful of times, each time different than the last. The first time I saw them they were a duo consisting of tape loops, weird synth noise, minimal percussion, and the vocalist who just stood there with this massive industrial chain the entire time, shaking it menacingly every now and then, making direct eye contact with people and strange guttural noises into the microphone. It was like watching a train wreck unfold but I couldn’t look away, it was amazing. The best part about that band is that they only played a handful of shows, a friend of mine told me that apparently the vocalist had achieved everything that he wanted to with music and felt no need pursue it further.

I’m pretty sure it was AC/DC’s “Jailbreak” EP, I think I still have the cd in my car somewhere…

Having Brian Eno record a Local Authority album would be a dream come true. Working with Phil Elverum (Mount Eerie) at his studio would be a time, I love the concept of those “Clear Moon” and “Ocean Roar” albums. Making a record with Boards of Canada would be amazing, imagine them doing their weird tape manipulation on top of our guitar music.

The new HTRK album, “Venus In Leo”, has been on repeat for me. So much mood and texture for something so minimal in execution.

That’s really hard! But from the top of my head,
‘Isn’t Anything’ – My Bloody Valentine
‘Apollo’ – Brian Eno
‘The Bees Made Honey In The Lion’s Skull’ – Earth
‘Tiny Dynamine/Echoes In A Shallow Bay’ – Cocteau Twins
‘Pop Crimes’ – Rowland S. Howard

Thanks for the questions.
Platforms like this for independent music communities are important and you should support them, some of the rawest art happens within our backyards. 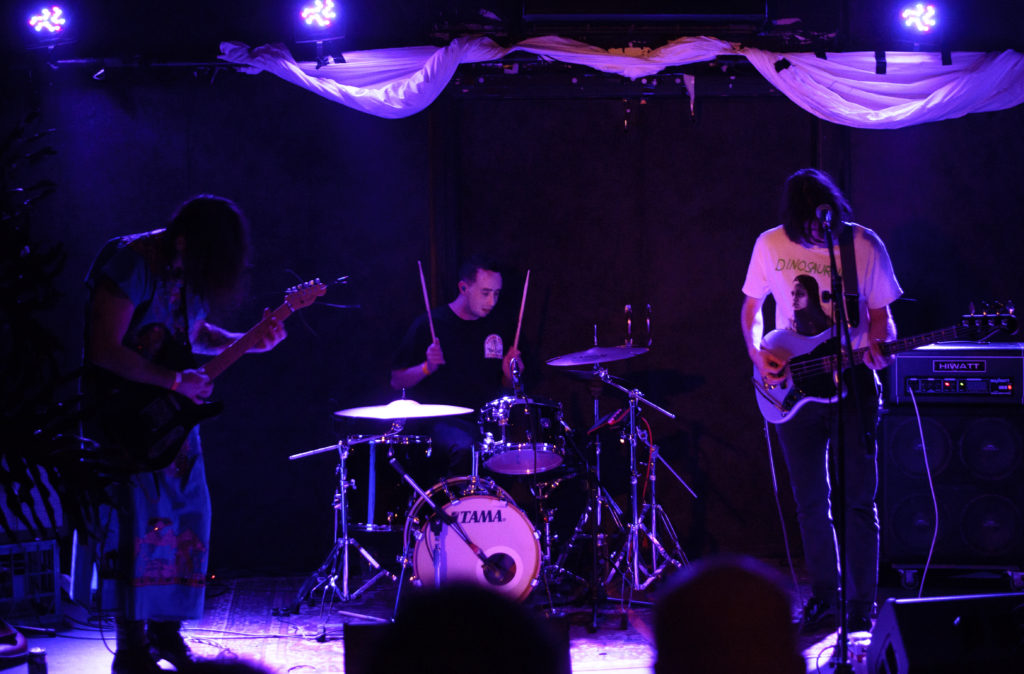 WL//WL is pleased to premiere the full streaming of LOCAL AUTHORITY debut album “Negative Space” due to be released on September 27th, on a run of 40 cassettes and digitally, through Brisbane‘s new DIY label 4000 Records.

Heightened by an energetic rhythm section and icy grays of synth, the poignant combination of plaintive vocals and utterly penetrating, sharp-edged guitar melodies tearing the soul apart, will envelop the listener in a nocturnal, and spiritual introspective journey, pervaded of relentless empty desolation and loneliness, into the obscure and darkest depths of the human unconscious in search of glimpses for light.

The hometown launch show will be an extra special event as it also marks the launch of brand new local label 4000 Records. Taking place on October 5 at The Bearded Lady. Local Authority will share the stage with fellow bastions of the local scene Syrup, Go On, The Double Happiness, Elder and Edith Thomas Furey. 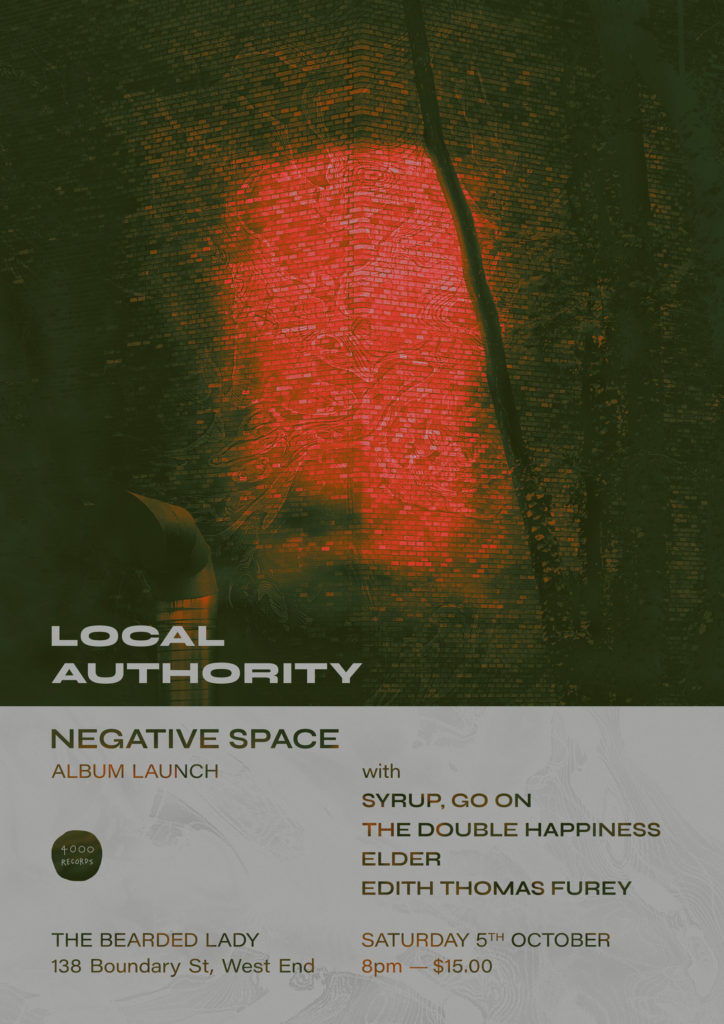 Keep up with Local Authority: 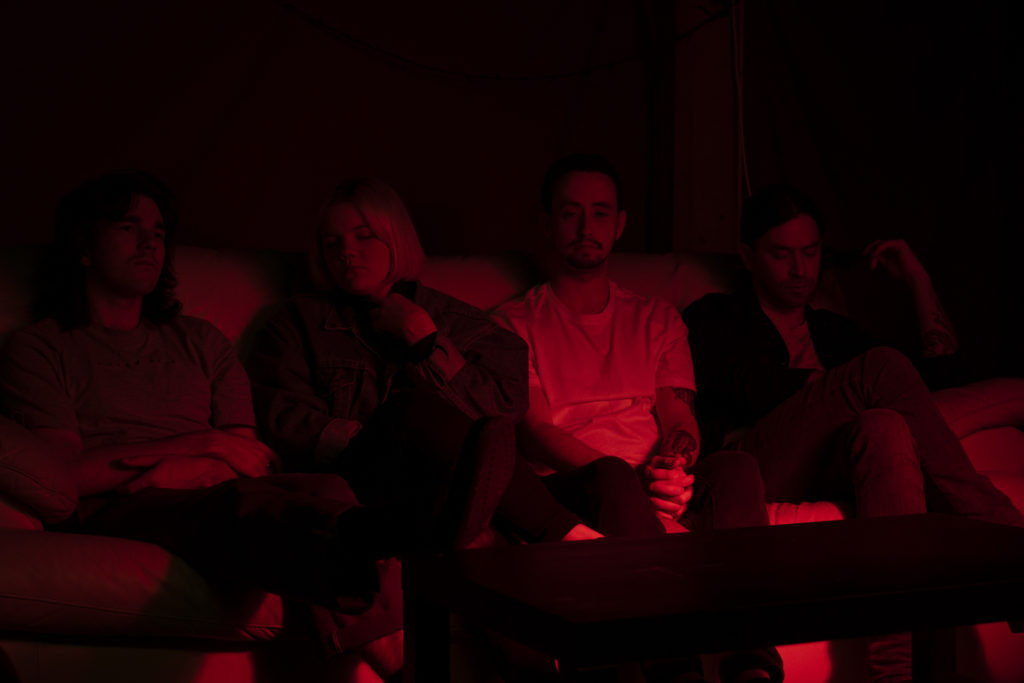 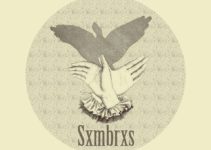 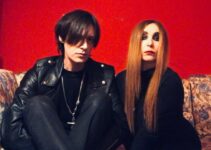 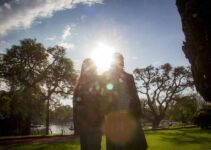 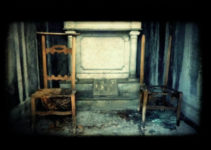 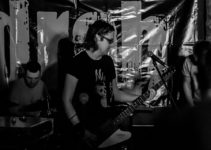