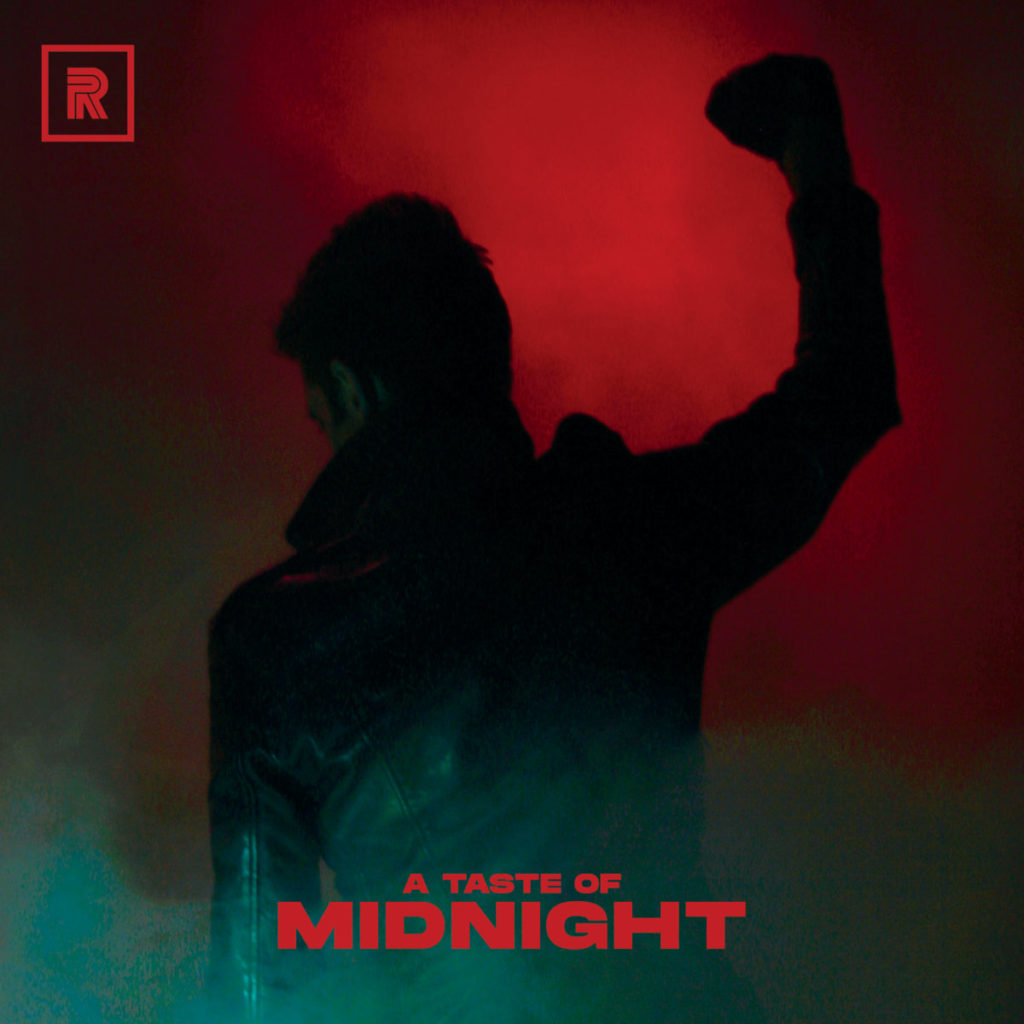 Masterfully combining elements of darkwave, post-punk, electro and industrial into a dark, powerful and infectious modern synthwave sound, Chicago-based trio REPLICANT, made up of Garrett Vernon (Vocals/Guitar/Synth), Justin DeLay (Synth/Drum Machines/Producer), and Jordan DeLay (Bass) have combined both the 2017’s “The Reckoning” and 2018’s “The Resistance” EP’s into a 9-track single 12″vinyl package entitled “A Taste of Midnight”, the definitive edition of the band’s “portrait of our modern dystopia”.

I had a nice talk with the frontman Garrett about the origin, the development and the exciting time for the band… enjoy!

My big “aha moment” was probably seeing Nine Inch Nails perform ‘The Fragile’ at the VMAs when I was 10. That certainly sent me down a darker path, music-wise.

Jordan and Justin are brothers, and Jordan and I were roommates in college, playing together in hardcore bands for years. It wasn’t until we were all in Chicago that we started exploring electronic music. Replicant actually started as a 5-piece, with a drummer and additional synth player. Our drummer moved away and it kind of forced us to really embrace everything electronic.

We actually had pretty much written and recorded an entirely different album during that period that we ended up not-releasing. Once the election happened at the end of 2016, we shifted our energy and focus into highlighting the absurdity of the 80s sci-fi dystopia that had become our reality in the form of “A Taste of Midnight”. We did end up recently releasing a single, “LIFELIKE”, from that unreleased album, and may release more tracks when the time is right.

Our first album, “Bloodmoon”, a great exercise for Justin to get a grasp on producing electronic music. We continued that into “Black Light / White Rain”, where we could really start finding our sound. Since then, we’ve just been exploring it and pushing/pulling it into different directions – sometimes it’s heavy, sometimes it’s melodic and beautiful, sometimes it’s both. We really try to not limit ourselves to a particular genre and find influences elsewhere all the time. One of my favourite guitar riffs on “The Reckoning”, for example, was inspired by Sade. We’ve also started mixing and mastering with our friend Adam Stilson, who’s worked with HIDE, Ritual Howls, and many others. He really helps add the icing on the cake.

80% of our material originates during a jam. Justin, Jordan and I will lock ourselves in our studio and just play for hours, recording the entire thing. Then we go through and find the pieces that work, and build upon them. We do have a few pieces that were a little more thought out beforehand, but then every once in a while we’ll have a song like “The Resistance” that pretty much gets written, recorded, and finished within 45 minutes.

We knew the story we wanted to tell pretty much right after the election happened. We were floored by the parallels between our new reality and some of our favourite dystopian movies from the past – an over-the-top, larger than life billionaire villain in control of the government fueling hatred, all while a band of like-minded individuals from all walks of life join together to form “the resistance”. We knew we wanted “The Reckoning” to feel a little darker and bleak, and “The Resistance” to feel a little more energetic and optimistic – ultimately forming “A Taste of Midnight”. 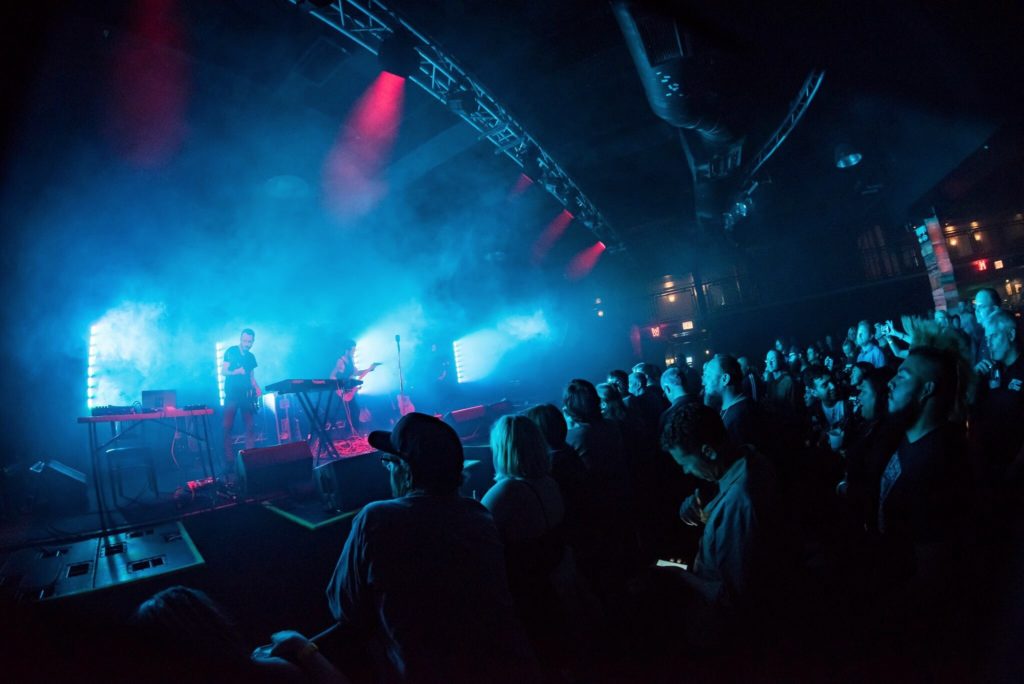 Thanks! Those are some of our favourites as well.

Funny enough, that’s likely the topic of our next album. Our dependency on technology and constant state of connectivity ultimately dividing us more than ever, both internally and externally. In our psyche, and in our society. Musically, our goal is to always find the perfect marriage of the electronic and the organic. We’re constantly experimenting with new sounds, both from organic instruments, and electronic instruments alike. All while still maintaining some key pieces that make us, us. We always try to trick each other as we write parts, making guitars sound like synthesizers, and synthesizers sound like guitars, etc.

Absolutely. We technically already have. A lot of our music is featured in the documentary about legendary Chicago goth nightclub Neo called ‘2350 Last Call: The Neo Story’, which we are incredibly honoured to be a part of. But we’d certainly love to one day perform more of a score for a movie or short film.
We’d be remiss to not mention Vangelis‘s Blade Runner score. “Blade Runner Blues” makes me cry. Anything John Carpenter as well. Both have been major major influences on our sound.

Absolutely. We’re constantly floored by all the incredible electronic music coming out and inspiring us.

We want to keep pushing ourselves in every direction we can. We’d love to have heavier material, dancier material, more melodic and minimal material, instrumentals, we want to do it all.

Chicago has been amazing to us. There’s a huge scene that dates back to the Wax Trax! an era that has treated us so well. We can never thank them enough.

As we said earlier, our live show to us is just as important as the music we create. We want the audience to walk away having experienced something special. Our neon sign and lighting rig help with that, and honestly, there’s really no such thing as too much fog.

If the time, place, and project are right, certainly. As far as dream collaborator, Trent Reznor is my hero, so I’d have to say working with him in any capacity whatsoever would be a dream come true.
We don’t…yet. But we’ve got one in the works.

We’d love to play as much as we can. Touring is tricky for us because we all have fulltime jobs. But we’re trying to play outside of Chicago as much as we’re able to. Other than that, we’ll be diving back into our next album!

The vinyl edition of “A Taste of Midnight” is available to order on the band’s Bandcamp. 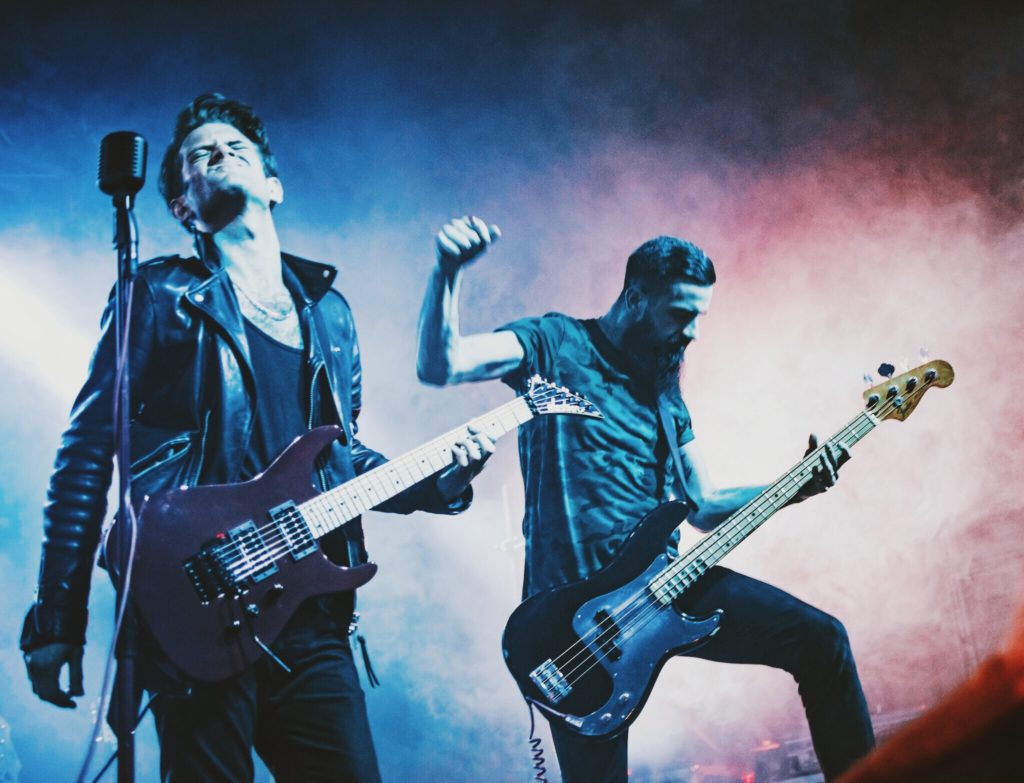 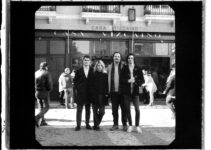 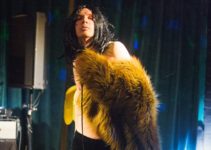 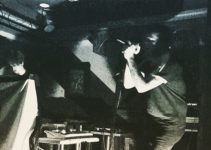 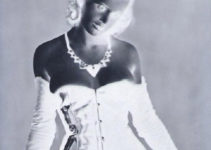 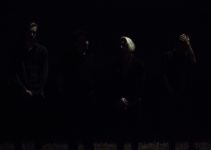