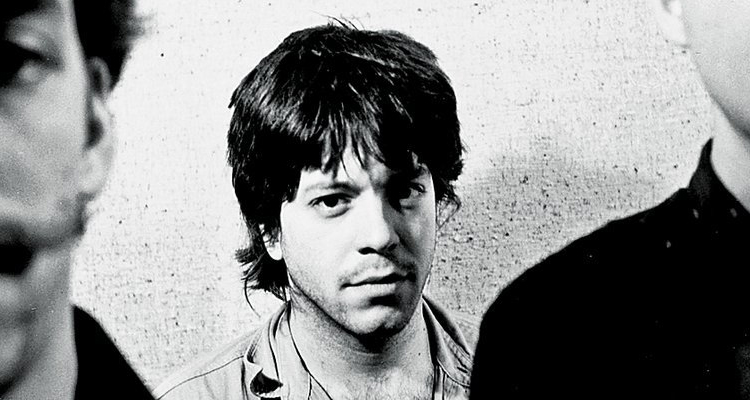 Time heals, time goes on and time really flies / Time hurts and time can cut you, cut you down to size / There’s no need to touch you now, no, I’m doing fine / Life too can cut you and I’ve cut you out of mineGrant Vernon Hart 'Sorry Somehow' (1986)

Last year I wrote too many obituaries, even the ones who were peripheral to my musical path always left me with that terrible and upsetting sense of loss and emptiness. I called it quits, but the tragic premature death of Hüsker Dü‘s drummer/singer and songwriter Grant Hart really blew me away, a magnificent artist part of one of my beloved bands that deeply affected my perception of music and life. I’ve always had a soft spot for the weak, the invisibles, the tormented, ‘the wild ones’, the outcasts, the losers of the fuckin’ American dream, that ‘it was always a lie’ to quote Hunter S. Thompson, all too often unsung giants like Johnny Thunders, Alex Chilton, Nick Drake, Elliott Smith, Kurt Cobain.

I’ve never been interested to be involved in superfluous arguments among friends about who, between him and Bob Mould, was the best songwriter, I do love them both at the same level, it was just a matter of kind of kindred spirit. It was his genuine nature to follow his own path without ever turning back, aware of having to pay soon or after the price for it, his non business-minded mentality, surely incomprehensible for most, his integrity and willingness to do always what he wanted, all of this made him feel close to me.

In the Gorman Bechard‘s documentary “Every Everything: The Music, Life & Times Of Grant Hart”, talking about the perception of the Hüsker Dü myth by the new generations of young rockers, Grant honestly asserted :

It’s a good thing to say you’re influenced by Husker Du. That’s your skinny tie, wear it proudly.  But off stage the way they conduct themselves, the way they handle their business, they are just another bunch of penny catchers.  I saw an interview with that guy from the Pumpkin band (Billy Corgan of Smashing Pumpkins) where he said they were taking Husker Du and going one-step further.  Well, I’ve listened to them, they’re ok.  If they’re taking a step with what we did, I don’t know which direction it is, it’s not forward

I do clearly remember the first time I’ve dealt with that intriguing, at least for me, nordic name : Hüsker Dü. My best friend from Secondary school (R.I.P. Tannox) with his impeccable taste, always before anyone else, suggested me to have a listen to the 1983‘s EP ‘Metal Circus’, thinking back on it now, exactly the one with just two but among Mould‘s best songs as the tragic ‘Diane’ and ‘It’s Not Funny Anymore’.

I discovered, thanks to him, essential incredible bands like The Cramps, The X, The Violent Femmes, The Adverts, The Saints just to name a few, consequently I did not hesitate a second, even if not really an American hardcore punk fan, to take the vinyl home, he was dead-on once again, a deep and endless love was born.

I do remember when I sent paper dollars hidden in an envelope to the mythical Californian SST label. At the time you had few ways of buying records : hoping for the new arrivals through your town’s one and half import shops, but the copies were minimal and the competion was fierce, the parcels came in the same morning of every week and you had to literally rush as soon as the school-bell rang, add also the high prices, not to mention the impossible overpriced artefacts from the fascinating far OZ and Kiwi lands, the owner said that he followed the dollar fluctuation, strangely always upward. I was already lucky to live in a big metropolis, but it wasn’t enough, I saved all the money of my little trafficking, sometime we organized, most of the time unsatisfactory hunting expeditions in ‘unknown territories’ around Milan, but the next big step was to spin the wheel of fortune, the first timid and uncertain attempts to go straight to the source that over the time would become more emboldened and improved, until my complete financial ruin with the advent of the internet era.

The traffic with the UK was relatively easy and safe, I used the mail order leaflets inside the cover or otherwise I sent a letter request directly to the label or the groups, but was the US the real challenge into the unknown : the long distance, possible duty fees, missing parcels. By coincidence right the first of my two overseas attempts, the other one was to the Olympia’s K label in the vain hope of grabbing the extremely limited Bikini Kills debut tape, was to the Lawndale-based imprint, the records were half the price compared to Italy, a good excuse for jumping into it : Minutemen‘ ‘Double Nickels on the Dime’, a couple of Black Flag tapes, my long awaited ‘Zen Arcade’ vinyl version, a couple of 7″s and even a Dü t-shirt! I recall that after more than two months I had almost given up hope, but one morning I found a parcel by the door, Mr. Greg Ginn might have screwed the band (“He made a lot of money off us’ said an annoyed Grant), but he didn’t the same with me, also the one I thought a super rare item, but instead was reissued over and over, my highly sought after copy of ‘Eight Miles High’ 7″, was there.

I do remember when I finally saw the band live in my hometown as part of their last final 1987 ‘Warehouse: Songs and Stories’ European tour, an absolutely ‘not to be missed’ one-time event, one of those ‘defining moments’ that, with few others like The Clash, The Gun Club, The X, The Cramps, Nick Cave, Killing Joke, Devo would have marked for life our troubled years of young teenagers.
If your heart is a flame burning brightly / You’ll have light and you’ll never be cold / And soon you will know that you just grow / You’re not growing old Grant Vernon Hart 'Flexible Flyer' (1985)
Even if the band was nearing its end, our heroes didn’t disappoint the expectations, the communication between the trio and with the audience was basically non-existent, only Grant, with all his warm humanity, tried to break the ice with some jokes, but at the end was the music that did the talking : a powerful and solid but at the same time rarefied and refined wall of sound, one song leading right into the next, Grant on the left hitting the drums frantically, driven by his personal inventive groove, howling with his melodic fury his honest and emotional lyrics, Mould exploding intricated fuzzed out guitar riffs juxtaposed with his typical screaming/tuneful kind of vocals, the pogo was devastating, that mid-june evening of 1987 will forever remain in our memories. We drove all the way home entirely happy, but personally with a disturbing feeling : deep in my heart I knew I would never see them again.

Several little precious moments of my life were soothed and enlightened by the Hüsker Dü‘s songs, like the time in Barcelona on school trip, few months later their gig, on the top of the Sagrada Família listening to ‘Candy Apple Grey’ through my walkman, a beautiful city view, smoking a spliff, singing to myself Don’t Want to Know If you are Lonely, a state of grace as rarely before, I could fly at ‘Eight Miles High’

When a band, an artist are strongly tied to distant memories and emotions of your life, also the seemingly meaningless ones, when listening to their songs still set your soul on fire, it’s a clear sign of how they are becoming an integral and inseparable part of your musical heritage. Unfortunately many favorites of our youth are walking away, others will follow, we’re ‘hardly getting over it‘, we can only continue to celebrate their art and share their seminal legacy with the younger generations.

Last day I nearly broke down in tears watching this heart-breaking live version of  Grant’s ‘Is the sky the limit?’ from his last 2013 full-length ‘The Argument’, one of his several criminally under-appreciated and amazing solo albums. Grant‘s songs will always have a special place deep in my heart.

Next October 10th will be a special day for all the Hüsker Dü fans : Chicago’s Numero Group label will release ‘Savage Young Dü’, an extensive three-CD’s or 4LP’s Box Set collecting the band’s earliest recordings and performances, plus an extensive, 144-page Booklet with 40 previously unpublished photographs, written by Erin Osman, that chronicles the band’s evolution prior to its 1983 SST days. It will include 69 tracks recorded between 1979 and 1982, features all of the band’s 7inches from the period, including ‘Statues’/’Amusement’ and 1982‘s “In a Free Land”; a remastered version of Hüsker Dü’s second album, 1983‘s ‘Everything Falls Apart’; an alternate version of their 1982 debut, ‘Land Speed Record’; and 47 previously unheard demos, alternate takes, live versions, and unreleased songs.

A magnificent essential pre-Christmas gift for all the fans to revive, if they needed, a legend and for to the younger generations to understand the legacy and importance of a seminal band all too often overlooked. 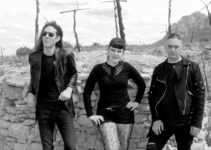 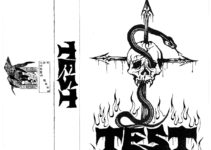 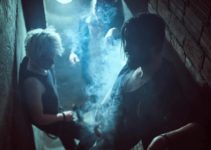 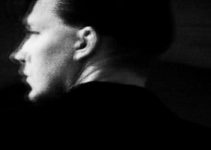 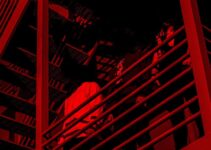